Posted at 02:03h in News, Past Events by Erica Gass
0 Likes
Share

San Fernando Valley schools, educators and students, who have recently received national awards were recognized during The Valley Economic Alliance’s (TVEA) Board of Governors meeting on May 21st during a special annual education awards program at California State University Northridge College of Extended Learning.

Recipients of the 2019 Steve Allen “Excellence in Education” Awards were:

Granada Hills Charter High School, United States Academic Decathlon winning team reclaimed the title for the 7th time by scoring a total of 53,108.5 points out of a possible 60,000. The Academic Decathlon is a 10 day event competition that revolved around a central topic in 7 subject areas which are science, literature, art, music, social science, economics and math. This year’s topic was – “The 1960’s: A Transformational Decade.”

More than a dozen of this year’s prestigious National Merit $2,500 scholarship winners were from San Fernando Valley schools – from a pool of more than 15,000 finalists. The winners are deemed to have the strongest combination of accomplishments, skills and potential for success in rigorous college studies. Honorees included students from Harvard Westlake School, Van Nuys High School, Oakwood School, Granada Hills Charter High School and the sole finalist from Calabasas High School.

“Champion of Education” Award went to Linda Del Cueto, Local District Northeast Superintendent for Los Angeles Unified School District. Linda has devoted her career to meeting the needs of students, advocating for education and bringing people together in support of one common goal – care and commitment to student success. This award recognizes individuals who have dedicated their lives to improving education.

The “Innovation in Education” Award went to two recipients this year: an innovative leader and an innovative program. This year’s recipients were California State University Northridge’s SIMPACT Immersive Learning Program; a mixed reality simulation system that provides a highly realistic virtual platform for practice in social work, counseling, teaching, conflict resolution, and many other interpersonal interactions. Steven Baxter, theater teacher at Local District Northeast, Los Angeles Unified School District, who applies his passion, positive energy and creativity in connecting theater to real-world applications as well as teaching students through social and emotional learning. The award recognizes outstanding educational leaders for their innovative use of the arts in the classroom and community. 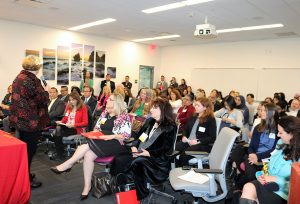 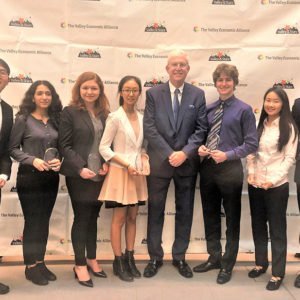 Subscribe to our newsletter to stay informed with regular updates straight to your inbox.

Sign Up Now
We use cookies on our website to give you the most relevant experience by remembering your preferences and repeat visits. By clicking “Accept All”, you consent to the use of ALL the cookies. However, you may visit "Cookie Settings" to provide a controlled consent.
Cookie SettingsAccept All
Manage consent

This website uses cookies to improve your experience while you navigate through the website. Out of these, the cookies that are categorized as necessary are stored on your browser as they are essential for the working of basic functionalities of the website. We also use third-party cookies that help us analyze and understand how you use this website. These cookies will be stored in your browser only with your consent. You also have the option to opt-out of these cookies. But opting out of some of these cookies may affect your browsing experience.
Necessary Always Enabled
Necessary cookies are absolutely essential for the website to function properly. These cookies ensure basic functionalities and security features of the website, anonymously.
Functional
Functional cookies help to perform certain functionalities like sharing the content of the website on social media platforms, collect feedbacks, and other third-party features.
Performance
Performance cookies are used to understand and analyze the key performance indexes of the website which helps in delivering a better user experience for the visitors.
Analytics
Analytical cookies are used to understand how visitors interact with the website. These cookies help provide information on metrics the number of visitors, bounce rate, traffic source, etc.
Advertisement
Advertisement cookies are used to provide visitors with relevant ads and marketing campaigns. These cookies track visitors across websites and collect information to provide customized ads.
Others
Other uncategorized cookies are those that are being analyzed and have not been classified into a category as yet.
SAVE & ACCEPT
Skip to content